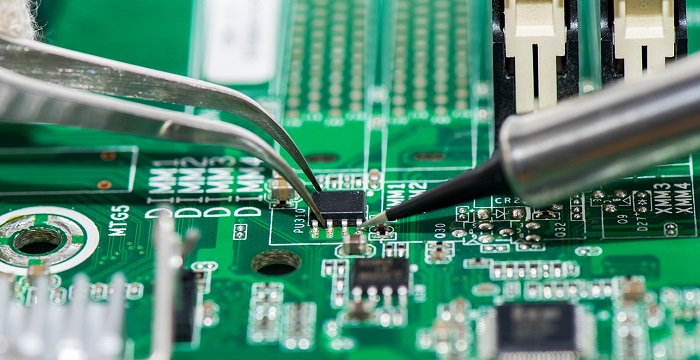 According to the report, factors driving the growth of the market are: rising adoption of automation in various end-user industries, growing demand for wireless devices, increasing miniaturization of devices, surging need for more efficient interconnect solutions, and rapid growth in flexible circuits. Owing to the implementation of processors and sensors in smart gadgets, the size of the PCB has reduced to 74%. Additionally, usage of flame retardant chemicals in PCBs to ensure fire safety, and increasing capital investment is further augmenting the market growth.

With the rapid development in technology, electronics products will continue to emerge. But, massive production of PCB is becoming unfriendly to environment, due to the usage of wet chemicals while manufacturing. Moreover, lack of recycling ability also degrades the adoption rate of printed circuit boards. And to ensure less toxic emissions into the environment, ink jet printing technology is invented. This technology enables the cost-effective manufacturing of thin, flexible and disposable electrical devices. Recently, Taiwan-based manufacturer, Wistron, had announced plans to relocate its PCB manufacturing plant in Bengaluru, India and invested about $1 billion in the new ink jet printing technology for greener production capabilities.

Geographically, the global printed circuit board market is segmented in Asia-Pacific, North America, Europe, and Rest of the World. Asia-Pacific is dominating the global PCB market in 2017 (77%), followed by North America. The growth in APAC region is attributed to the presence of many semi-conductor manufacturers, growing adoption of smart devices. North America is expected to hold the second largest market during the forecast period.